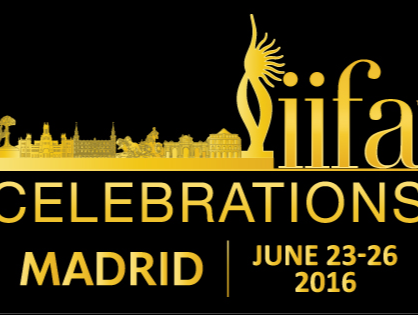 With close to 150 Bollywood celebrities attending, an expected audience of around 20,000, and a business forum to facilitate talks of trade and collaborations, besides attractions integrating talent from India and Spain – the International Indian Film Academy (IIFA) gala in Madrid this year is poised to be a celebration of 60 years of the countries’ diplomatic relations, organisers said.
“We treat IIFA as India because ultimately, through the platform we are selling India,” Andre Timmins, director, Wizcraft International, the producers and creator of the IIFA, told IANS in an interview.The 17th edition of the gala – which has gone year after year to different cities across the world spreading the magic of Bollywood and Indian culture – is slated to be held in Madrid – its fourth European destination after London, Yorkshire and Amsterdam – from June 23-26.
It has been timed to integrate with the city’s Mulafest. A Movement of Urban Life and Arts event and exhibition, it is Madrid’s annual culture fest that brings together music, art and food all in one place.Adding an Indian musical touch to that will be Raghu Dixit Project, Midival Pundits, Karsh Kale and Nucleya.
“We are collaborating with them, and have become the partner country. We have integrated our programming with Mulafest,” Timmins said, adding that the IIFA celebrations in Madrid will be about collaborations at every step.So, for IIFA Rocks – a music mega-event on June 24 – there will be a melange of dancers and musicians from India, as well as from Spain to give the audience a desi treat with the joy and high-on-energy flamenco.
Then, for the FICCI-IIFA Global Business Forum – a platform for international business and networking where global dignitaries and business leaders discuss and connect to create opportunities for India and the host country – the organisers expect to get 60 of India’s top CEOs.”We are also trying to get our Union Power Minister Piyush Goyal at the forum. There’s a huge renewable energy exchange with world top companies… It would be great to have him,” Timmins said.
Also, since 2016 marks six decades of diplomatic relations between India and Spain, a slew of activities have been planned as sidebars to IIFA – like a popular actress will be hosting a yoga fest on the streets. Madrid will also get to experience IIFA Stomp and Rang Jam – a Holi celebration, with Indian dances, henna artistes and a plethora of Indian street food on offer.
“IIFA is not only about the awards. It’s to do with a lot of business-to-business activities, we even have a volunteer program, a panel discussion on environment, and more,” Timmins said, emphasising that the aim of the event has always been to popularise India and its talent globally.
As for the pre-IIFA buzz in Madrid, it was palpable when Anil Kapoor, Hrithik Roshan, Sonakshi Sinha and Timmins were on a visit there last month. With flashmobs, flamenco dancing and a meet-and-greet with Real Madrid footballers Karim Benzema and Luka Modric, the Indian stars gave Spain a glimpse into the fun and frolic slated for June.
While there’s major interest from Real Madrid stars to attend the event and Timmins is expecting them to be there, there’s no friendly football match planned for Bollywood celebrities.The final event will be the IIFA Green Carpet and Awards, a glamorous night where Bollywood talent will be honoured for their work. And here, the organisers expect some Hollywood talent and a plethora of Bollywood stars, names of whom will be unveiled closer to the gala.
Nevertheless, the organisers are expecting 15,000-20,000 people.”We are expecting a lot of people London, Rotterdham, Germany, Dubai and of course, India also. We are looking at about 150 celebrities minimum, but the total contingent of crew, dancers et al there are about 750-800,” he said, sounding absolutely geared up for the celebrations.

App created by Chronos Brand for IIFA was powered by:
IFFA